Serious United Airline travelers are sure to appreciate the numerous travel perks this card offers. Plus, there's a solid welcome bonus for new cardholders, and the ongoing reward rates offers cardholders plenty of opportunities to rack up miles.
By Jennifer Doss  CardRatings Editor  | Updated August 11, 2022

As lockdowns and travel restrictions are progressively being lifted around the globe, travelers with pent up wanderlust are all looking for their next vacation destination. If you have the inclination to sip a tropical drink on the beach or walk the cobblestone streets in Europe, having a travel rewards credit card with great points earning potential can help you to scratch that travel itch.

The CardName, with an excellent new card member bonus, great everyday rewards earning, and a plethora of travel perks, could be the card that helps assist you in going on your next dream vacation.

One of the strongest benefits of the CardName is the $125 in statement credits that card members can earn each account anniversary year as reimbursement for United purchases charged to your CardName. This can help to offset the costs of a flight, onboard purchases, or any eligible United purchase.

The CardName also has competitive tiered rewards categories allowing you to earn: 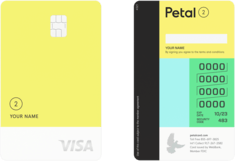 The CardName is currently offering new cardholders 70,000 bonus miles after you spend $4,000 on purchases in the first three months your account is open.

Additionally, starting with your first cardholder anniversary, you'll get 5,000 miles back after you take a United award flight booked with your miles - up to two times every anniversary year allowing you to earn a maximum of 10,000 miles per year back.

As a travel credit card, the CardName features a number of lucrative travel benefits in addition to earning bonus rewards on flights, including:

POTENTIAL DOWNSIDES OF THE CardName

While not a deal breaker, the AnnualFees annual fee for the CardName could be a downside for those who prefer to have low or no-annual-fee cards. There are certainly ways to offset the cost of the Quest card’s annual fee including taking full advantage of the $125 annual statement credit, the Global Entry/TSA PreCheck reimbursement, and the waived checked bag fees. If you do not frequently travel on United flights then the annual fee may be a more difficult to offset.

Many of the benefits of the card are skewed towards those who are frequent travelers with United. These include statement credits on United purchases, anniversary reward flight reimbursements, and bonus points earned on United purchases, as well as others. If you are not a frequent traveler on United flights then it may be difficult to take full advantage of the Quest card’s benefits and alternative travel rewards cards with lower annual fees may provide similar earnings on generic travel purchases.

HOW THE CardName COMPARES TO OTHER CARDS

If you want to earn MileagePlus miles but don’t want to spend so much on the annual fee the CardName could be a great alternative to the Quest card.

The CardName has a AnnualFees after that which is significantly lower than the cost of the Quest card.

The CardName is also offering an introductory bonus of 50,000 miles after you spend $3,000 in the first three months.

The Explorer card’s ongoing rewards aren’t quite as lucrative, but are still good for fans of United looking for a low-annual-fee card. Explorer cardholders earn two miles per $1 spent on purchases from United, dining, and hotel accommodations purchased directly with the hotel, and one mile on all other purchases.

The CardName could be a strong contender compared to the CardName. With a lower annual fee of AnnualFees versus the AnnualFees annual fee for the Quest card, the Sapphire card has great points earning potential including 5X total points on all travel purchased through the Chase Ultimate Rewards® portal; 3X points on dining, including eligible delivery services and takeout; 3X points on online grocery purchases (excluding Target, Walmart and wholesale clubs); 3X points on select streaming services; 2X points on travel purchases; and 1X point on all other purchases.

The welcome bonus for the CardName is notable because when redeemed for travel through the Chase portal it is worth as much as $750. New cardholders can earn 60,000 bonus points once spending $4,000 on purchases in the first three months from account opening.

Another benefit of the CardName is the flexibility of Ultimate Rewards points which can be transferred to various hotel and airline travel partners (including United) while the United MileagePlus miles that the Quest card earns have more limited redemption options.

If you are not a frequent traveler on United flights and want a different airline-specific credit card option, one that is worth your consideration is the CardName. It offers new cardholders the opportunity to earn 50,000 bonus points when you spend $1,000 in the first three months. It also offers a $75 Southwest annual travel credit each year.

The card's annual fee is lower at AnnualFees, but one downside to the SouthWest Priority card is the earning potential is a bit more limited with three points earned per $1 spent on Southwest Airlines flights and hotel/car rental partners as well as two points per $1 on local transit and commuting (including rideshares) and on internet, cable, phone services and select streaming and one point per $1 on other eligible purchases. If Southwest is your airline of choice, though, the Priority card may be the more suitable option.

WHO SHOULD APPLY FOR THE CardName?

Frequent United travelers who want to earn extra MileagePlus miles while saving on baggage fees, earn annual statement credits, and get a ton of travel perks should consider applying for the CardName. The annual fee can be easily offset by frequent United travelers and that fee is far outweighed by the card's benefits including the large new cardholder bonus and its everyday earning potential.

United Quest℠ Card Compared to Other Cash back Cards

This content is not provided by any company mentioned in this article. Any opinions, analyses, reviews or recommendations expressed here are those of the author's alone, and have not been reviewed, approved or otherwise endorsed by any such company. CardRatings.com does not review every company or every offer available on the market.