But the changes may not be what you’d think.

A recent CardRatings survey revealed that those with job or income losses since March 1, roughly the start of the pandemic, are altering their credit card usage and behaviors, including how they redeem their rewards and the amount of credit card spending they’re doing overall, with more frequency than people who haven’t endured income loss since the start of the pandemic.

From June 23-30, 2020, CardRatings polled 800 people, half of whom reported having lost a job or had an income reduction since March 1, 2020, to find out how people are managing their credit cards and credit card rewards during these months since the start of the pandemic in the U.S. The survey results reveal that people who are dealing with an income loss could be turning to credit cards in general and even credit card rewards to help make ends meet.

However, results also showed that those same respondents are paying slightly or much more attention to maximizing their credit card rewards than they were before the pandemic.

Credit card spending during a pandemic

However, the numbers for increasing spending are also higher among people who have lost income, with 23% saying they are spending more on their cards since the pandemic began vs. just 16% of those who haven’t lost income.

These numbers perhaps align with an earlier study by Harvard University researchers that found higher income households – also those least likely to have suffered a significant income or job loss as a result of the pandemic – are spending less while lower income households – those more likely to have lost a job or income during the pandemic – are spending at the same or even increased rates to what they were before the pandemic.

“We don’t know exactly why people are opening new cards at a time when they have lost income, but it’s certainly possible it’s to help make ends meet,” said Brooklyn Lowery, senior manager of CardRatings.com. “This pandemic is revealing, perhaps more than ever, that many Americans are one or two paychecks away from not being able to pay their bills. While a credit card can help in the very short term, using credit cards to cover basic needs long-term is not a sustainable financial practice.”

CardRatings also sought to understand how credit card rewards habits might be changing as a result of the pandemic and job loss. Travel being restricted has, understandably, made redeeming travel rewards less appealing. In some cases, though, those rewards are still being redeemed for other things.

At least half of both sets of respondents say they have redeemed credit card rewards in the past three months, though those who have lost income are slightly more likely to report having done so (57% vs. 50% of those who haven’t lost income).

Perhaps more strikingly, people who have lost income are more likely to say they have altered their credit card reward redemption plans in light of the pandemic, with 35% saying they did so compared to just 19% of those who haven’t lost income.

Some of the ways people have altered their credit card reward redemption:

“Again, it’s possible that we’re seeing people turn to their credit cards to pad their incomes at a time of regular income loss,” Lowery said. “While a little cash back here or there may not seem like much, for people who need some extra to buy groceries, that piggy bank of cash back rewards could certainly come in handy.”

Redeeming for cash back/statement credit is by far the most popular way respondents have redeemed rewards these past three months. Seventy-nine percent of people who have redeemed rewards have done so for cash back/statement credit. Unsurprisingly, travel is the least popular form of reward redemption right now with just 14% of respondents who have made redemptions saying they did so for travel.

Paying with points/rewards at the point of sale (18%) and redeeming for gift cards (32%) both arose as popular redemption methods, as well.

CardRatings.com commissioned Op4G to conduct a national survey. The sample size was 800 people, with half reporting having lost income/jobs since March 1, and responses were collected June 23-30, 2020. The margins of error for all non-multiple choice questions ranged from 2.77%-3.46%. 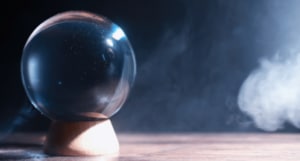 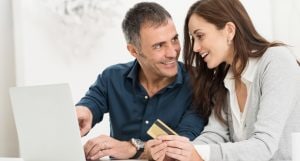 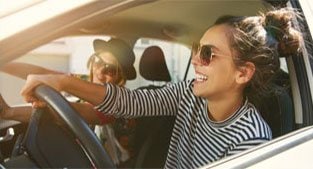