We warned it was coming at the end of 2021 and it has come to pass: The Federal Reserve is in a pattern of raising rates after several years of near-the-bottom rates that have helped create a favorable environment for people looking to borrow money – whether to buy a house or to carry a balance on a credit card.

But, now that the rates are increasing at a pace not seen in decades, what do you need to think about when it comes to your personal finances? How are the changes going to affect you and can you effectively escape the worst effects of increases?

Well, the initial increase announced in March 2022 of 0.25 percentage point probably didn’t send your finances reeling; but the Federal Reserve has made four increases since then – the last three of 0.75 percentage point each – so you’re likely feeling the pinch at this point, especially given the inflation rates that prompting these increases to being with.

So, even though numerous hikes have already happened, there are likely more coming and there are steps you can take even now to help mitigate the effects you feel as those increases continue. Here are five things to think about with the Federal Reserve in a pattern of raising rates.

1. Take stock of your debts and budget

When rates are low and steady, it’s easy to lose track of what you’re paying in interest and even whether you’re dealing with variable or fixed rates. It might come as a shock when your monthly payment for your variable rate loan suddenly goes up following a Federal Reserve rate hike.

It’s always a good idea to know where your money is going and how much you’re paying in interest, but it’s especially important when the interest rate is variable, as is common for credit cards, home equity lines of credit, adjustable rate mortgages and even some student loans.

When interest rates go up, your monthly payments will follow suit. Depending on how much you owe, that could mean a dramatic impact on your monthly budget. Take a look at everything you owe and plan accordingly so you’re still able to honor your commitments and make timely payments. You don’t want to fall behind – you’ll ultimately pay more and you could damage your credit as well. In March 2022, that single minimal hike likely didn’t have a huge impact, but with the subsequent series of hikes this year (and more to come), you’re likely noticing the difference now. Still, it’s not too late to assess the situation and make adjustments as needed so you reduce the impact of the predicted future hikes.

2. Pay off your credit cards (and other adjustable debt) as soon as possible

If you’d been enjoying a low interest rate and taking a casual approach to paying off credit card or other debt, it’s time to rethink that.

In particular, it’s never ideal to carry credit card debt, but sometimes it happens. If you’d been carrying debt and gotten comfortable with paying that amount of interest, know that Federal Reserve rate increases very likely also mean credit card APR increases. That’s because most U.S. credit card APRs are based on the Prime Rate (which is highly influenced by the Federal Reserve rate); on top of that, there’s a margin the bank charges. For instance, if the Prime Rate is 4.25% and your bank adds a margin of 8%-18% depending on your creditworthiness, your APR will be 12.25%-22.25%. Borrowers with shorter credit histories and lower overall credit scores are more likely to find themselves at the higher end of that range. If you’re carrying credit card debt right now, you’re paying a higher interest rate than you have in many years, so pay it down as soon as possible – ideally before the next rate hike.

If you’re staring a pile of credit card debt and know that it’s going to be another year or 18 months before you can pay it off, it could be time to consider a balance transfer offer.

The best balance transfer credit cards offer introductory 0% APR periods – some as long as 21 months – during which you can pay off your balance without it continuing to accrue interest. During that time, your balance will be immune from rate hikes assuming you make your payments on time; late payments can mean banks cancel your introductory offer period.

Balance transfer cards aren’t right for everyone, but they are excellent options for many individuals.

4. Adjust your spending and payment habits

Certainly there are variable rate loans out there that have little to do with your spending habits, such as some student loans, adjustable rate mortgages and some personal loans/home equity lines of credit. Paying interest on credit card debt, however, is something you can generally control.

Credit cards work best when you use them for their convenience, security and perks and then pay off the balances in full every month. If that’s your practice, the rate hikes won’t affect your credit card situation. On the other hand, if you’re using credit cards as a way to extend your budget and spend beyond your means – which is especially easy to do when high inflation means your everyday purchases are costing more than ever – start making changes now. It’s time to take a hard look at your spending and make adjustments as much as possible so you aren’t racking up debt that comes with a high – and likely increasing – interest rate.

The housing market has been wild of late, so no one could blame you for waiting it out, but with interest rates on the rise, you may not want to keep waiting if a mortgage application is in your immediate future. The same goes for new car loans or any other fixed rate loan.

You never want to borrow money just to borrow money, but if you’ve been considering it for some time and have your finances otherwise in order, you might want to go ahead and secure those rates for fixed rate loans before yet another rate hike costs you even more.

The bottom line is that debt costs money. For most people, some debt is inevitable, whether that’s a mortgage, car note or student loan, but you can take steps to minimize what you pay in interest on those debts. Furthermore, you can and should take steps to avoid “optional” debt like that accrued on credit cards if you spend beyond your means. The sooner you act, the more you save, regardless of what the Federal Reserve decides to do with interest rates in the future. 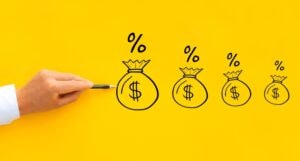 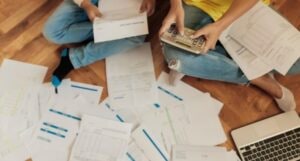 How does the Federal Reserve impact credit card interest?