You probably know your credit score is driven by the information that appears on your credit report. But what you may not realize is certain line items included by the major credit bureaus aren’t going to have any impact on your actual credit score.

“What goes into the credit score is information that is, first, reliable and accurate and, secondly, predictive,” says Sarah Davies, head of analytics for VantageScore. This means information that doesn’t directly address a person’s risk of defaulting on a loan is often discounted by various credit scoring models. Here’s a look at five items that may appear on a credit report, but won’t influence your score.

Inquiries of a certain age

A credit inquiry is generated whenever a lender requests a copy of your credit report in order to determine whether you can pay back a loan. These inquiries will initially cost your score to drop between three to five points apiece, but the ding will disappear long before the item is removed from your credit report.

“While inquiries usually stay on [a person’s] credit report for two years, FICO scores only pay attention to them during the first year,” says Anthony Sprauve, a spokesman for FICO.

The practice is common among credit scoring models because an inquiry only really indicates risk when it’s very recent. In fact, after the first few months or so, the positive effects of managing your new credit line responsibly will overpower any negative impact the inquiry may be having, Davies says.

Most credit scoring models are also savvy enough to group multiple inquiries when they’re related to the same type of loan. For instance, your score isn’t likely to incur multiple hits when several mortgage lenders pull your credit as you seek to secure a home loan.

“Every model does consolidate certain types of inquiries when you shop around,” says Maxine Sweet, vice president of public education for Experian.

This rule is typically applied when your credit is pulled in relation to an auto loan, home loan, lease or telecommunications contract. However, it won’t be in effect if you apply for every store card next Christmas. Those applications will still be treated as separate inquiries since each pertains to a different line of credit.

Under the Fair Credit Reporting Act (FCRA), a consumer is allowed to add a statement of up to 100 words disputing certain information on their credit reports. These statements can help explain why a certain delinquency is tarnishing an otherwise perfect record. For instance, you could note you missed a credit card payment because the bill was sent to the wrong address.

The statement might persuade a prospective lender to approve your loan application, but it’s not going prevent the negative information from impacting your credit score. Instead, the statements “have to be looked at manually,” Sweet says, as they are ignored by most credit scoring models.

According to Davies, statements added by lenders aren’t included in a person’s score either. These statements are limited to standardized codes specifying, for example, that an account was closed upon request or transferred to another lender.

The personal information that appears on top of a credit report will vary, depending on what types of questions a lender asks on their loan application. In most cases, a name and address is required. You could also conceivably be asked to disclose your date of birth, race or gender. But it doesn’t really matter how many details a lender requests.

“None of that information can be scored,” Sweet says. Instead, lenders use the data to determine whether an applicant may be committing fraud. This, incidentally, is why they also tend to request your Social Security number when you apply for a loan.

“There’s got to be some identifying information to match the accounts to you,” Sweet says.

You may also be asked to disclose how much income you’re bringing in each month or year. But, similar to your Social Security number, this information isn’t going to be calculated as part of your score should it appear on your credit report.

“FICO scores ignore any mention on the credit report of the person’s salary,” Sprauve says. “It also ignores inquiries from employers.”

Keep in mind, lenders will assess whether your current revenue stream can handle their monthly payments. So, while most credit scoring models won’t factor your salary into their score, your income could still affect whether you’re awarded the loan. 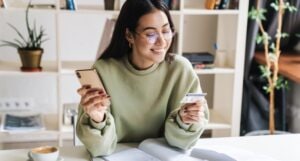 What is a secured credit card? 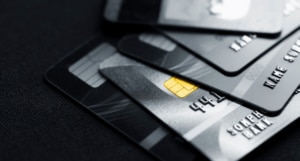 Credit cards with no annual fee for bad credit