Survey: Who is cashing in on their credit card rewards?

Jennifer Doss
CardRatings Editor
Jennifer Doss is a credit card analyst and the managing editor of CardRatings.com. She has worked as both a print and online journalist and has over a decade of experience in the media industry. Her published work has covered a broad range of topics, from finance and technology to travel and dining. Through extensive travel experiences and her personal interest in food, she has come to appreciate the unique rewards and benefits of responsible credit card use, and enjoys helping people understand the ins and outs of the industry. As a finance expert, she strives to provide user-friendly online resources that help everyday people get the most out of their credit cards.
Our credit card articles, reviews and ratings maintain strict editorial integrity; however we may be compensated when you click on or are approved for offers (terms apply) from our partners. How we make money. 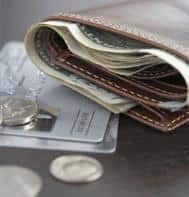 While credit card rewards can play an important role in attracting new credit card users, new research shows that not all credit card holders are actually cashing in on those rewards.

Who is and who isn't redeeming their credit card rewards

With so many great incentives up for grabs - cash-back bonuses, air mileage options and hotel upgrades to name a few - it's hard to imagine that anyone would leave rewards on the table, but according to the survey, a variety of different people are.

To start, the survey showed that among those who have a personal credit card, men are more likely than women to have a rewards credit card (87 percent vs. 80 percent), but among them, men and women are almost equally as likely to leave rewards on the table (5 percent vs. 6 percent).

Looking at age groups, it may take a few years for people to jump on the rewards credit card bandwagon. According to the survey, Americans ages 35 and older who have a personal credit card are more likely than 18- to 34-year-olds to have a rewards card (87 percent vs. 72 percent). This could have something to do with the credit score perceptions. Those ages 55 and older are more likely than their younger counterparts (ages 18-54) to believe they have an excellent credit score (68 percent vs. 40 percent).

When it comes to income levels, the survey showed that the lower the income, the less likely people are to redeem their rewards. While only 2 percent of rewards cardholders whose household income is $100,000 or more a year leave rewards unredeemed, 11 percent of those whose households make less than $50,000 leave rewards on the table.

Lastly, when looking at education levels, disparity appeared again. Twelve percent of rewards cardholders with a high school education or lower leave rewards unclaimed, while only 3 percent of college graduates leave their rewards to languish.

How rewards are typically redeemed

The survey asked about four possible ways to handle rewards: allowing them to build up or rollover for as long as possible, redeeming rewards as soon as they become available, utilizing automatic redemption whereby rewards are redeemed when they reach a particular threshold, and enjoying immediate redemption such as a particular percentage off when you use your card.

The results of the poll show that a majority of people who have a rewards card like to let their rewards build and rollover, with 58 percent of those with a rewards credit card doing this overall.

The poll shows that 60 percent of men and 56 percent of women who have a rewards card let their rewards build and rollover as long as possible. The overall results show that 25 percent of those with a rewards credit card redeem rewards as soon as they become available and, with that as the case, men and women redeem immediately at about the same rate, with 25 percent of men redeeming rewards right away, and 24 percent of women doing the same. Men, however, are more likely than women to say their rewards are automatically redeemed when spending reaches a particular level (22 percent vs. 16 percent).

Comparing age groups, the survey reveals that 36 percent of millennials (ages 18-34) who have a rewards credit card redeem rewards as soon as they are available as compared to just 20 percent of adults ages 45+ who say they redeem right away. Drilling down even further, only 19 percent of those between the ages of 55 and 64 redeem their rewards right away. Most in that age group seem to prefer to let rewards accumulate and roll over, with 60 percent of those ages 55-64 with a rewards credit card saying they do this.

While most Americans who have a rewards credit card let their rewards build and rollover (58 percent), or use them as soon as they are available (25 percent), there's also a large number of Americans with rewards credit cards whose rewards are automatically redeemed upon reaching a certain threshold (19 percent) or who enjoy instant rewards (14 percent).

Similarly, the poll showed that 19 percent of Americans with rewards credit cards automatically receive rewards when reaching a particular threshold. Though the poll didn't go into specific details, this type of reward redemption could be people who set up automatic redemptions, like receiving a savings account deposit when their rewards reach the $25 threshold.

This survey was conducted online within the United States by Harris Poll on behalf of QuinStreet, CardRatings parent company from Sept. 21-23, 2016 among 2,008 U.S. adults ages 18 and older of which 1,555 have personal credit card(s), among whom 1,268 have a rewards credit card. This online survey is not based on a probability sample and therefore no estimate of theoretical sampling error can be calculated. For complete survey methodology, including weighting variables, please contact Brad Bennion.