Written by
Admin
Terms apply; see the online credit card application for full terms and conditions of offers and rewards 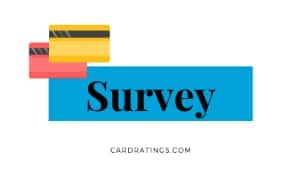 Those flashy, lucrative welcome bonuses do entice people to apply for a new credit card, but a recent CardRatings survey revealed that a mega bonus isn't the primary thing people consider when applying for some of the most popular rewards cards on the market.

CardRatings' experts ultimately named six of those surveyed cards as winners or runners up in various travel-related categories featured on the "best of 2019" list, after considering the features, perks, rewards and fine print of hundreds of cards in the CardRatings database.

But do everyday users agree with the experts' opinions? In a word, yes, but perhaps not for all the reasons the experts would expect.

The CardRatings survey asked a variety of questions designed to determine what attracted users to the card to begin with, the value cardholders placed on the rewards they earn, how simple it is to understand the rewards program and redeem their rewards, how satisfied they are with their credit card company's customer service, how they feel about the annual fee (if their card has one), whether they'd recommend their card to a friend and a number of other topics.

With the exception of one card – The Business Platinum Card® from American Express – survey respondents said the primary reason they applied for their card was not the initial bonus opportunity, but was, instead, the ongoing rewards earning structure.

And, The Business Platinum Card® from American Express featured a widely publicized and unusually high limited time bonus offer in mid-2018, which could mean that some of the survey respondents were drawn in by that recent bonus.

All of the surveyed cards except one (the Wells Fargo Propel American Express® card; See Rates and Fees) charge an annual fee, but in every case cardholders said the fee was "just right given the features of the card." Several respondents – an average of 20 percent across the five surveyed "best of 2019" cards that charge annual fees – replied that they believed the annual fee to be a "bargain."

Still, even though they found those rewards to be valuable, survey respondents did not appear to be what you might call "credit card power users." Instead, the overwhelming majority of survey respondents indicated they use their card only "a few times per week" rather than "everyday." That indicates that users are earning rewards, but are perhaps not earning them as quickly as they could be, assuming that most people make at least one purchase every day that could be placed on a credit card.

>MORE: Check out the full Best credit cards of 2019 list

Survey respondents were overall pleased with the design of their credit card's rewards plan as well as the ease at which they could redeem those rewards.

Perhaps one of the reasons people are redeeming their rewards so frequently is because it's simple to do so. Greater than 95 percent of respondents for each card reported they found it "extremely" or "somewhat easy" to understand [the rewards program] and redeem rewards for their respective cards.

CardRatings' goal with the survey was, in part, to determine whether actual users agree with the experts when it comes to naming cards to the "Best credit cards of 2019" list and, overwhelmingly, they do.

In fact, for each card, at least 57 percent of respondents said they were extremely likely to recommend their card to a family member, co-worker or friend, and three cards – Capital One Venture Rewards Credit Card, Chase Sapphire Reserve® and The Platinum Card® from American Express – earned the distinction that not a single respondent indicated they would be "not very likely" or "would not recommend" the card to a friend.